School can be quite boring, especially if you are not a big academic fan. But before quitting, any smart person always has a backup plan for survival. Emma chamberlain seems to have had it all mapped out before her life changing decision.

Emma is a young American YouTube star who has managed to secure her place as one of the most successful upcoming YouTubers. She quit from school after feeling the school environment boring and exhausting. Sounds crazy, right?

But despite that, Emma has managed to achieve more than her former classmates might achieve in their entire lives. She now runs her successful YouTube Channel with millions subscribers. Did I say she is only 18 years old? Yes, she is, and that is not about to stop her!

Emma is also one hardcore Vegan.

Her Early life and Education

She was born as Emma Francis Chamberlain on 22nd May 2001, in California, United States. Her father, Michael Chamberlain is a paint Artist. There’s not much information available about her mother or siblings. She, however, features her mother and Dad in her videos sometimes.

Emma has been raised in San Carlos, California where she attended and finished her elementary.

After the successful completion of her elementary education, Emma joined Dame High School in Belmont. She was an active participant in the school sports and athletic events, and would participate in relays and track events during her brief stay there.

After sometime, Emma realized that she was having a hard time blending in the school environment – partly because it was an-all female school. She found it difficult to make friends and even had a hard time with her academics.

In her sophomore year, Emma was faced with a lot of depression after failing her driving test. As a result, she cut off her connection with most of her friends.

The depression combined with the ‘boring’ environment became too much for her and she decided to quit school.

Emma explains that after this decision, she had a two and a half hour conversation with her dad. She says that it was after this ‘talk’ that she was able to overcome her depression and make up her decision about her YouTube career.

She set up a self-titled YouTube channel in mid-2016, but it was almost a whole year before she posted her first video.

Seeing the results of her first video, Emma was motivated to make more videos and satisfy her growing number of subscribers. She started posting various types of videos at least three times a week.

Emma’s videos included DIY projects, travel Diaries, Shopping hauls, story times, recipes and healthy lifestyle. She loves workingout and sometimes shares videos of her work out routines. She has shared several lifestyle videos including how to shed those extra kilos from the body.

Some of her other viral videos have been, We all owe the dollar store an apology, meeting my real parents, trying to do my eyebrows for the first time, why I left school, and road trip. 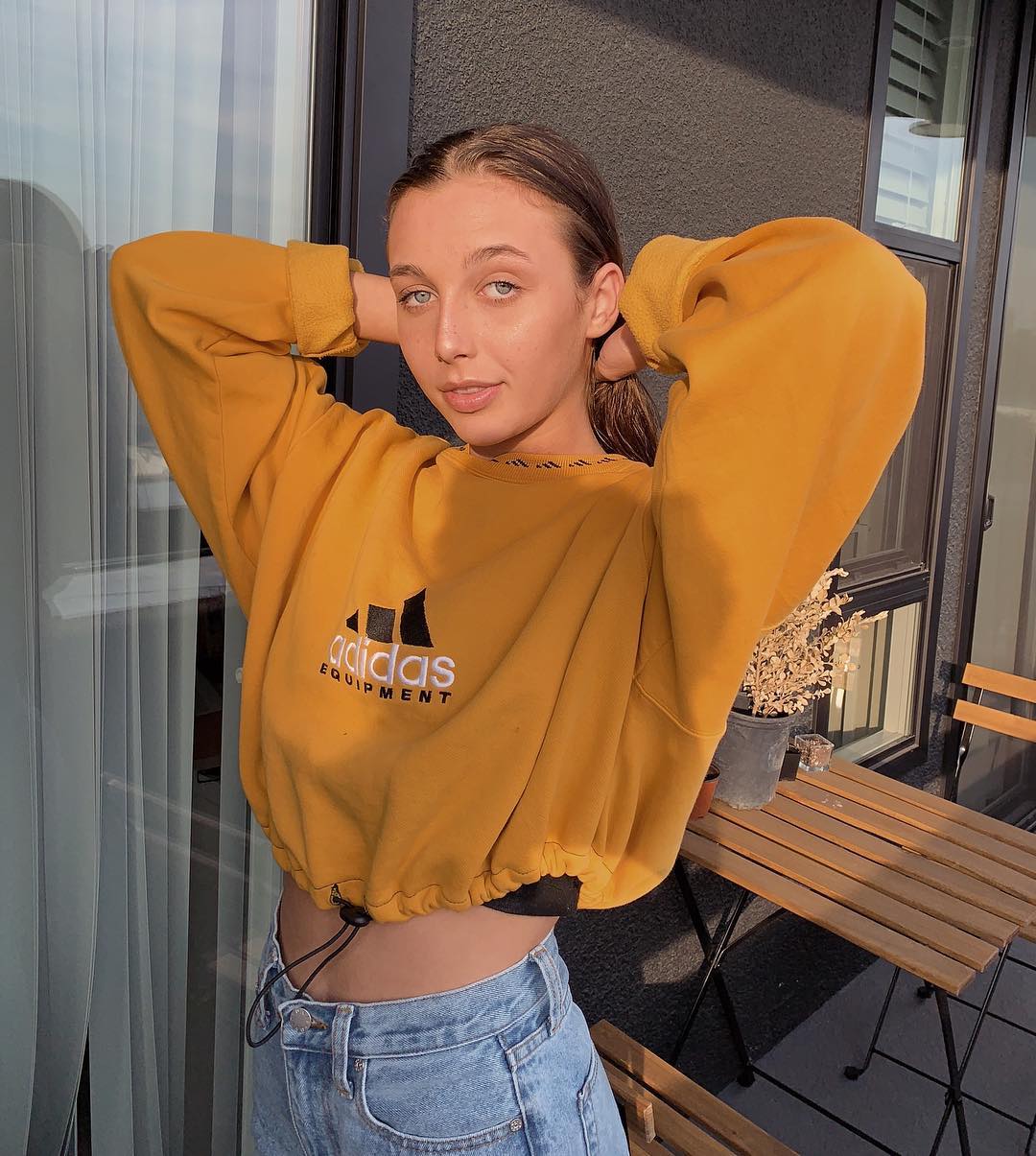 Emma is a strict vegetarian who believes that the vegan diet not only keeps you healthy but also promotes your mental health. She likes eating tofu, salads and vegetarian sushi – for eat outs, she prefers the ‘Asian Box’ which is her favorite food joint.

Emma does not leave her fans behind on this topic. She shares videos promoting the vegan diet – including its healthy recipes.

As a result, she has been able to amass herself with many fans who are attracted by her videos relating to a variety of niches.

Emma Chamberlain has also managed to maintain an active social life on the various social media platforms. With the rate she is gaining her popularity, we will soon be seeing her scoop major Awards. She was recently nominated in the 2018 Annual Shorty Awards as the Breakout YouTuber.

Emma has a height of 5feet and 4 inches and weighs about 50 kg. She has a set of blue eyes and blonde hair.

Emma is keen on following her strict diet to keep her body fit. Her day starts off with plenty of warm water and a complete work out – which starts off with a 20 minutes cardio. Emma enjoys working out with loud music from her favorite music tracks, ‘quite some time’ by Nick Leng and ‘Kinder Lumen’ by Real Estate.

Although she prefers working out in the gym, she sets aside some days to practice Yoga at home.

Besides working out, Emma devotes her time to other physical activities such as taekwondo, karate, gymnastics and ice skating. She also enjoys travelling and often makes trips and treks with her friends.

When she is not engaged in physical activities, Emma watches the U.S TV series, ‘The Office’ which she considers her all-time favorite show.

She is also a pet lover and owns a pet dog of the Yorkshire Terrier Breed called Sammy.

Emma has not confirmed to be in any relationship. There is also no history of her past relationship history either. She prefers focusing on her demanding career at the moment. 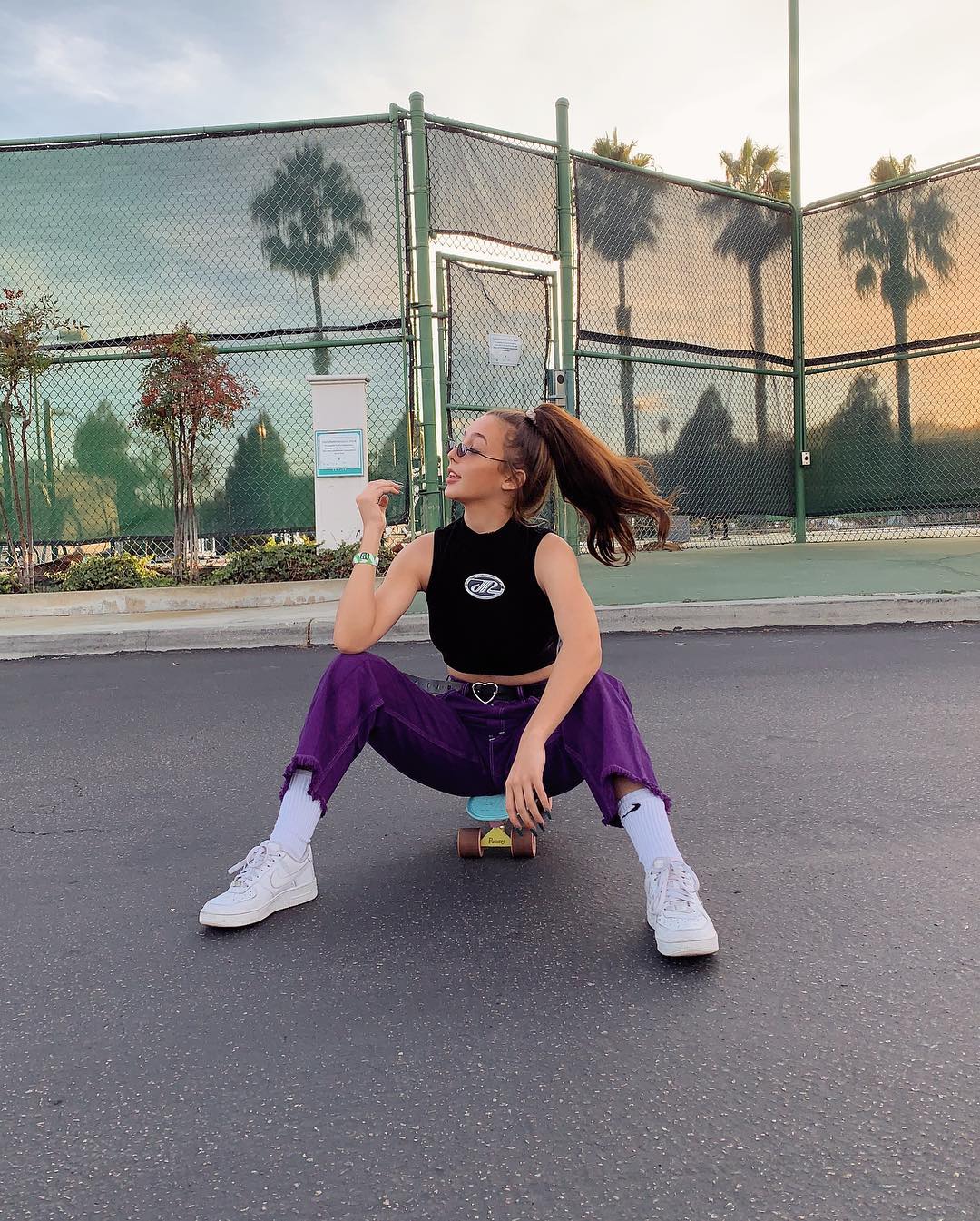 How much is Emma Chamberlain Worth?

Despite her young age and short online reign, Emma has managed to achieve more than most YouTubers have achieved in their entire YouTube careers.

On July 2018, Emma signed a contract with UTA agency to be a creator of sponsored content. She now earns from Audible and Skin care brand, Curology.

Emma has also partnered with the mobile retailer, Dote and is set to open her own clothing line late in 2018. She is already earning an impressive amount from her YouTube career, and with her deals lined up, we expect her to earn more.

Her current net worth, though not official, has been estimated to be over $2 Million.